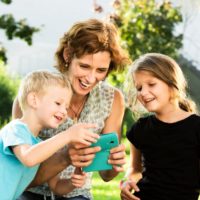 Court decisions regarding child custody and visitation permanently affect a parent’s relationship with their child, and sometimes the court does not always come to the correct conclusions on these issues. If you believe that a mistake was made by the court when determining child custody in your case, you may have the option to appeal the ruling to a higher court. At the law office of Blair H. Chan, III in Tampa Bay our office is prepared to assist with your family law appeal and all other issues that may arise in your divorce. To learn more about your legal options, call or contact the office today to schedule a consultation.

It is important to differentiate between an appeal and a modification of a child custody order. An appeal is made immediately after a ruling that asks a higher court to review the decision of the trial court because one parent believes a mistake in substantive law or procedure fundamentally altered the outcome of the case. A modification is usually requested months or years after the initial ruling that asks the trial court to amend their original order due to a substantial change in circumstances for either parent or the child.

Filing a Notice to Appeal

The first step in appealing a child custody order is filing a Notice to Appeal with the courts. It is important to note that an appeal can only be filed on a final judgment and not before. A parent has thirty days from the final judgement to file a Notice to Appeal, which begins the process of elevating the issue to the appellate courts. Failure to file within this short window could mean that the court throws out your case. If you need to preserve documents from the trial for your appeal a request must be made to the trial court within ten days of filing the notice.

The appellate attorney will draft a written brief that outlines all issues of the appeal and mistakes that were made during the trial. Only certain issues can be appealed, such as a misapplication of the law, improper exclusion or inclusion of evidence, or disallowing credible testimony of a witness. Minor errors are not appealable and must be so substantial that they fundamentally altered the outcome of the case. A lawyer can review the transcript of the original case to identify all possible issues for appeal. The attorney then makes oral arguments to the appellate court, answering questions and making the best possible arguments as to why the trial court erred in their decision.

To learn more about appealing a child custody decision in Florida, call or contact a Tampa child custody lawyer at the law office of Blair H. Chan, III today to schedule a consultation of your case.