Does My Child Have a Say in Custody Decisions? 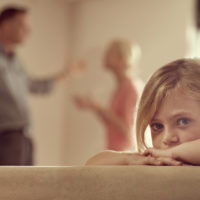 Divorce is always difficult, but when children are involved emotions can run high when it comes to determining custody and visitation. This is especially so if the parents cannot agree on custody and both wish to have the child as the custodial parent. At a certain age, the child may also express a preference for which parent they would like to live with after the divorce is finalized, but does your child get a say in where they get to live? To learn more about how child custody determinations are made, call or contact the law office of Blair H. Chan, III today.

In Florida, there is no set age where a child’s preference is taken into account when making the determination of child custody. If parents cannot agree on a custody or timesharing schedule, the judge will make the decision for them by weighing a number of factors to determine what custody arrangement is in the best interests of the child. One of the factors considered can be the child’s preference for custody, which the judge decides based on the child’s age, intelligence, experience, and understanding of the situation.

Because there is no set rule for the age where a child’s preference for custody is considered, this means that a child as young as nine or ten years old may be able to articulate a preference if they are thoughtful and able to contribute meaningfully to the conversation. In other situations, a twelve or thirteen year old child might not have their preference considered if they lack one or more attributes the judge looks for when determining whether their opinion should be considered in the overall evaluation of custody.

Other Factors Considered in Custody Decisions

The child’s preference for custody is only one of many factors considered when determining what custody arrangement is in the best interests of the child. Other factors, dictated by state law, include the following:

A child’s preference for custody can be a meaningful part of the ultimate determination of custody, but a number of other factors are also considered by the judge when making the final decision in your divorce. To learn more, call or contact a Tampa child custody attorney at the law office of Blair H. Chan, III.