The Effect of Adultery on a Florida Divorce 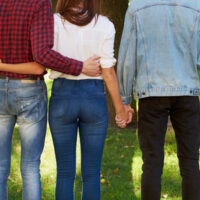 Florida is a no-fault divorce state, which means that a spouse does not have to claim any grounds for filing for divorce other than the fact that the marriage is irretrievably broken. However, that does not mean that the reasons behind a divorce do not affect the divorce settlement. If one spouse engaged in adultery during the course of the marriage, it could impact many elements of the divorce case. At the law office of Blair H. Chan, III, our Tampa family lawyers are here to answer all your questions about how adultery may affect the outcome of your case. To learn more, call or contact our office today to schedule an initial consultation.

Florida is an equitable distribution state, which means that all marital assets and debts must be split equitably, but not necessarily equally. If a spouse used marital assets or accrued marital debts while engaged in an adulterous affair, the court could award the aggrieved spouse a greater share of the assets or the at fault spouse a greater share of the marital debts in order to offset the effects of the adultery on the financial state of the marriage.

Adulterous behavior can also impact alimony, also known as spousal support, in a divorce settlement. Florida law specifically identifies adultery as one factor that should be determined by the judge in a divorce when determining whether, and if so, how much, spousal support should be awarded during and after a divorce. The judge in the case may increase a spouse’s alimony award if the higher-earning spouse was the one engaged in adultery during the marriage, and the aggrieved spouse can show that it detrimentally affected their finances.

Effects on Child Custody and Support

The effects of adultery can also impact child custody and support determinations in a Florida divorce, as well. While adultery specifically is not considered when making child custody determinations, the issue of “moral fitness” can be considered by the judge, who may rule that a parent is not morally fit for engaging in such behavior. As such, a parent engaged in an adulterous affair may end up as the noncustodial parent for any minor children. Noncustodial parents also pay child support to the custodial parent for their child’s daily living expenses and care. The noncustodial parent typically spends less time with their child, so their relationship moving forward with their child can be detrimentally affected by an affair during the marriage.

Talk to Our Office Now

Infidelity in a marriage can have serious impacts on the property distribution, spousal support, child custody, and child support during and after a divorce in Florida. To learn more about how adultery may affect your case, call or contact the law office of Blair H. Chan, III in Tampa Bay today to schedule an initial consultation and talk with a knowledgeable Florida divorce attorney about your case.