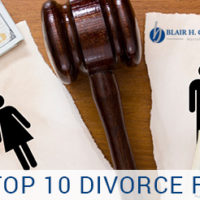 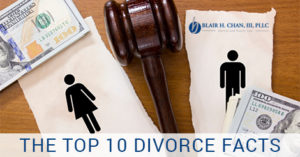 Any individual thinking about getting divorced in Florida has many different challenges to consider and questions to get answered before moving forward with the process.

Thankfully, there have been decades’ worth of research in the field of family law and family dynamics which gives you ample information about some of the most common divorce trends in the United States.

New divorce studies are coming out all the time which help to draw connections between reasons that divorces break down as well as how individuals move on with their life after the divorce is over.

Here are ten of the most interesting facts to know about divorce that can be helpful for you to know whether you are just getting married or trying to understand the breakdown in your relationship currently.

Couples Are Most Likely to Divorce in August and March

Research presented at the American Sociological Association in 2016 found that there are specific seasons associated with divorce habits. Divorce may be tied to vacation or holiday cycles and the research study identified that August and March are the most common months for individuals to file for divorce. 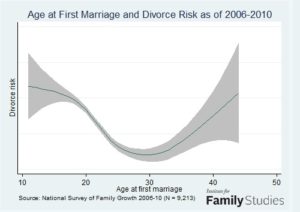 Some research out of the University of Utah indicated that waiting longer to get married doesn’t always mean that the marriage will be strong. According to this research, the best time to get married is early 30s or early 20s. If you wait until you’re older than 32, your chances of divorce start to increase.

A Marital Breakdown May Be Associated with Pornography Habits

Research presented in 2016 found that married individuals who watch pornography on a regular basis are twice as likely to get divorced as those who do not. More than 2000 participants were involved in this study.

Heterosexual couples who married in the 2000s were the foundational group studied in this particular research project. Women with between 3 and 9 intimate partners were more likely to get divorced than women who had had two partners.

A study out of Harvard shows that it may not necessarily be a couple’s finances that impact their risk of being divorced but instead the division of labor. The study explored heterosexual marriages after 1975 and found that situations where the husband did not have a full time job were linked to a 3.3% chance of divorcing within the next year, whereas couples where the husband did have a full time job only had a 2.5% risk.

Divorce Likelihood Decreases the Closer a Couple is in Age

As reported in the Atlantic, one study found that the odds of getting divorced for heterosexual couples increased as the age gap between the spouses rises as well.

Divorce Does Not Necessarily Always Have a Negative Impact on Children

Contempt is a High Indicator for Divorce Risk

A mix of disgust and anger can be a major predictor of divorce, as identified by one study reported in Business Insider.

Women who get divorced instead of staying together may face a 24% higher risk of sustaining a heart attack. It is important to keep yourself healthy and rely on a support system if you choose to get divorced.

Reach out to an experienced Florida family lawyer today to learn more.

If you’re thinking about getting a divorce in Tampa, finding the right Tampa divorce attorneyto help you through this process can make a tremendous difference on your internal stress and understanding of the process.