Differences Between Military and Civilian Divorce in Florida 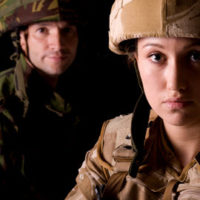 The first major issue in a military divorce is determining whether Florida has jurisdiction over your divorce case. Military divorce has residency requirements that can be complicated when one spouse is deployed to another state or country, but time has been spent living in Florida. Typically, so long as at least one spouse was a Florida resident for at least six months prior to deployment and intends on returning to the state after deployment, you can file for divorce in this state.

Unlike a typical civilian divorce, military members are protected from divorce proceedings and can stay the process while deployed for active military service. Under the Soldiers and Sailors Civil Relief Act, an active military member is allowed to stay divorce proceedings for the entirety of active military service and up to sixty days after in order to properly prepare for the divorce case. This has the potential to lengthen the time it takes to finalize a military divorce by months, or even years, depending on the deployment.

Determining income for the purposes of spousal and child support can also be complicated when dealing with a military divorce. Typically, income for a servicemember is calculated by combining base pay with total entitlements, such as Basic Allowance for Housing and Basic Allowance for Subsistence. Issues involving child custody and visitation can also be incredibly complex if one parent is deployed to another state or country or becomes deployed after the establishment of a parenting plan.

The distribution of military pensions and other marital property can also be incredibly complex in military divorce cases. The “10/10 Rule” entitles spouses to a portion of a military pension if at least ten years of marriage overlapped with ten years of active military service. In addition, the identification and distribution of marital property may require the drafting of a Qualified Domestic Relations Order (QDRO) as well as a Survivor Benefit Plan to retain interest in the military member’s retirement plans. Talk to a lawyer today to learn more about the complexities of asset distribution in a military divorce.

To learn more about the differences between a military and civilian divorce, call or contact a skilled Tampa military divorce lawyer at the law office of Blair H. Chan, III today to schedule an initial consultation of your case.