How Does Cohabitation Affect the Terms of a Divorce? 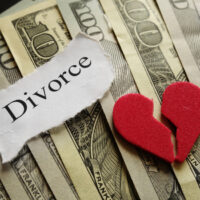 The purpose of filing for divorce is to allow spouses to end the part of their lives as a couple and move forward on their own. In order to do so, many divorce decrees include terms for the distribution of property, child custody, child support, and alimony. However, once a former spouse moves on and begins a relationship with another person it has the potential to affect the terms of the finalized divorce agreement. In particular, it could ultimately terminate one spouse’s obligation to pay alimony to the other. If you would like to speak with an experienced Florida divorce attorney about whether cohabitation is affecting your case, call or contact the law office of Blair H. Chan, III in Tampa today for an initial consultation.

Florida law defines cohabitation for the purposes of amending or terminating aspects of a divorce decree as a “supportive relationship” by a preponderance of the evidence provided to the court. Factors weighed when considering if a former spouse’s current relationship qualifies as cohabitation include the following:

The Effects of Cohabitation

If a person can prove that their former spouse is cohabitating with another person following the finalization of a divorce, financial support to that former spouse can be modified or terminated under Florida law. The purpose of alimony after a divorce is to help the less wealthy spouse become financially independent and self-sustaining. If another person is helping out financially, the obligation no longer exists for the paying spouse, as the recipient spouse of the alimony is receiving support elsewhere.

If you would like to learn more about cohabitation laws in Florida and whether it affects your case, contact a Tampa divorce lawyer at the law office of Blair H. Chan, III today.