Separate Property in a Florida Divorce 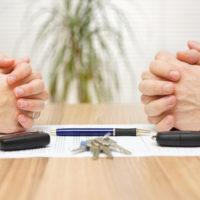 One of the most important distinctions when distributing property in a Florida divorce is determining what property is separate and what is marital. The determination of marital and separate property can have a massive impact on your overall divorce settlement, and having an experienced Florida divorce attorney by your side can help ensure that your interests are protected during this process. To learn more from a seasoned professional, call or contact the law office of Blair H. Chan, III in Tampa Bay today for an initial consultation.

What is Separate Property?

In addition to retaining separate assets in a divorce, one spouse may also be required to retain separate, nonmarital debts and other liabilities. One of the most significant separate debts for couples today is student loan debt. Student loans that were taken out by one spouse prior to the marriage will remain with that spouse in a divorce. The same applies to other types of debt acquired before the wedding, such as credit card debt or gambling debts. Florida courts also consider any liabilities that were incurred during the marriage because one spouse forged or otherwise made an unauthorized signature of the other spouse as a separate debt that the forging spouse must retain in a divorce.

Talk to The Office Today

If you would like to learn more about what property may be considered separate and marital in your Florida divorce case, call or contact the office of Blair H. Chan, III to speak with a Tampa divorce attorney today for an initial consultation of your case.